You, me and sorority

The journalist Selena Soro recently normalised the word sorority for us, a concept that’s on the rise, in the newspaper “Ara”. She provided the relationship between the increasingly popular economist Anna Gener, who was also an auditor, and the businesswoman Helena Torras as an example of the concept.

And I bring it up because I like this neologism and I’ve felt in line with it for a long time, with “t Click & Tweet! he relationship of fraternity and solidarity among women to create support networks that push for social change to achieve equality Click & Tweet! ”.

Although sisterhood offers a better definition: “strong feeling of friendship and support among women who are involved in action to improve women’s rights Click & Tweet! ”.

And I like the concept because I personally share it with my friend and partner at Kreston Iberaudit, Elena Ramírez; together, we have developed sorority. Out of choice and also driven by the reality of practising our profession in an industry as predominantly male as auditing and professional services. Under 25 percent of audit professionals are women and if we talk about management positions it’s hardly a one digit number…

It’s evident that universal fraternity (“…peace in the world”) didn’t provide an excessive boost to the needs of women in the business world. Sorority does. And we have to normalise the concept and its use because it’s already successful.

Elena and I have been practising it since before it had a name. And we’ve worked out how to extend it to how we work with the rest of the women in the company, in the industry and in professional relationships, as an empowerment tool. And this attitude transcends geographical areas, because I spoke of my relationship with Elena, but I can also talk about my relationship with Esther from Valencia and many more Kreston colleagues in Spain, Portugal and Andorra as well as from other offices around the world.

Applying the concept has helped us a lot in our presence in meetings, congresses, negotiations, both in our country and in business trips and international relations… It’s knowing that you have more than just a friend, a colleague, you have an accomplice with whom you feel supported and united before an established and different way of relating to each other, call it patriarchy or by any other name.

For my part, it also responds to a belief I’ve always upheld and that’s in line with sorority: “…if you walk alone, you’ll go faster; if you walk together, you’ll go further Click & Tweet! ” and I think that’s just the way it is. Especially if it’s together with your “female colleagues”. 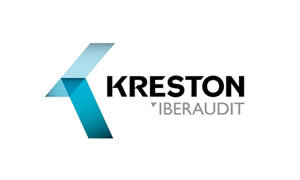